Making this recipe is basically a nightmare for me. It won't be for you though! Okay, so maybe I'm being just a tad dramatic BUT I really, really, really, REALLY hate the smell of orange peels and guess what's in the slaw? Orange zest.

Ahhhh orange peels. The bane of my existence. Seems like maybe I'm being dramatic again, huh? Welp. For as long as I can remember I have HATED the smell of oranges. I hate how strong the smell is, I hate how it sticks to your fingers and makes everything you touch smell like oranges. If you're peeling an orange by me, I probably hate your guts. At least temporarily. The smell has really traumatized me throughout my life. Guess what snack parents always brought to soccer games? Oranges. People literally put orange peels in my backpack in school to mess with me (not kidding) and my brother still thinks it's hilarious to throw orange peels at me. So, the fact that I used orange zest in the recipe is kind of a huge deal, okay? That's some serious commitment to flavor.

Alright, enough with the orange peel melodrama. Here is the recipe! I can’t wait for you guys to try this one. 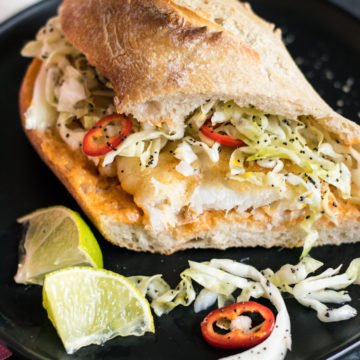